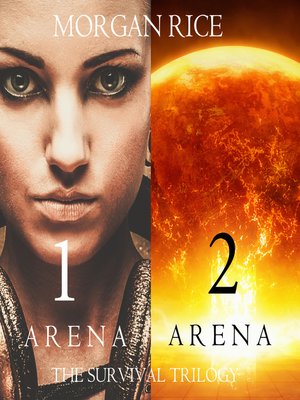 "Shades of THE HUNGER GAMES permeate a story centered around two courageous teens determined to buck all odds in an effort to regain their loved ones....ARENA ONE builds a believable, involving world and is recommended for those who enjoy dystopian novels, powerful female characters, and stories of uncommon courage."—Midwest Book Review A bundle of Books 1 and 2 in THE SURVIVAL TRILOGY, the #1 bestselling series!New York. 2120. America has been decimated, wiped out from the second Civil War. Survivors, far and few between, join violent gangs, predators who live in the big cities. There is only one rule to their stadium, where opponents are made to fight to the death: no one survives. Ever."Addicting...ARENA ONE was one of those books that you read late into the night until your eyes start to cross because you don't want to put it down." –Dallas Examiner