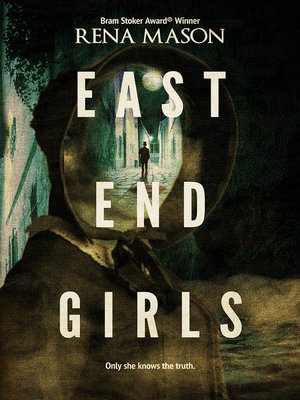 With EAST END GIRLS, three-time Bram Stoker Award winner Rena Mason offers a fascinating new perspective on some of the most-remembered and written about murders in history.

Seized by the vicious killings of Jack the Ripper, Victorian London's East End is on the brink of ruin. Elizabeth Covington, desperate and failing to follow in her beloved father's footsteps, risks practicing medicine in the dangerous and neglected Whitechapel District to improve her studies.

Elizabeth crosses paths with a man she believes is the villain, triggering a downward spiral that exposes her to a depth of evil she never knew existed.

Only she knows the truth that drives the madness of a murderer.