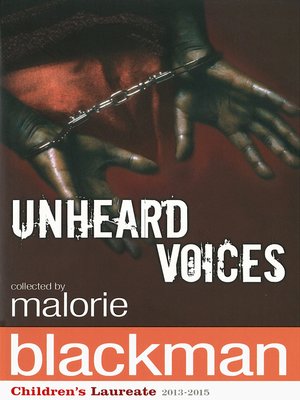 In March 1807, the British Parliament passed an Act making the trading and transportation of slaves illegal. It was many years before slavery, as it was known then, was abolished, and slavery still continues today in different ways, but it was a big step forward towards the empancipation of a people.

Malorie Blackman has drawn together some of the finest of today's writers and poets to contribute to this important anthology. Their short stories and poems sit alongside first-hand accounts of slavery from freed slaves, making a fascinating and absorbing collection that remembers and commemorates one of the most brutal and long-lasting inflictions of misery that human beings have inflicted upon other human beings.