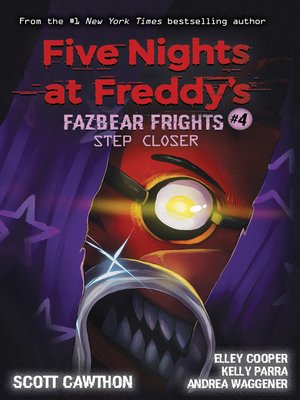 View more libraries...
Isolation can open up a void. Pete lashes out at his younger brother in the wake of his parents' divorce, falling prey to a gruesome curse. Kasey struggles with the lengths she'll go to survive on the streets after stealing a pair of unusual novelty glasses. Samantha and her sister, Susie, struggle to exist side by side, desperate to connect after a horrific tragedy. But in the grim world of Five Nights at Freddy's, empty feelings often attract hungry monsters...
In this fourth volume, Five Nights at Freddy's creator Scott Cawthon spins three sinister novella-length stories from different corners of his series' canon, featuring cover art from fan-favorite artist LadyFiszi.
Readers beware: This collection of terrifying tales is enough to unsettle even the most hardened Five Nights at Freddy's fans.