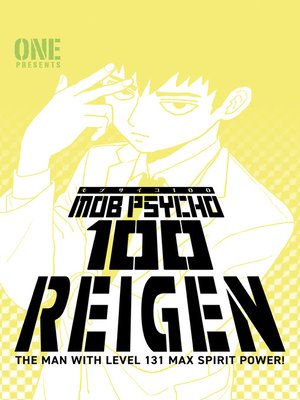 View more libraries...
In a world haunted by dangerous supernatural forces, there are still some problems you can't solve no matter how much spiritual power you have. And a good thing too—because phony exorcist Reigen Arataka doesn't have any!
But that's never stopped Reigen from running a ghostbusting business...and his new part-time office assistant is none other than Tome Kurata, a girl obsessed with the strange and unexplained—and the schoolmate of Reigen's protégé, Shigeo "Mob" Kageyama. Yet whereas Mob's incredible psychic strength resolved many a case for Reigen, Tome is as powerless as her boss! Or so she may think at first...but if there's one thing a master scam artist knows how to teach, it's the power of confidence and belief!