The Other Elizabeth Bennet 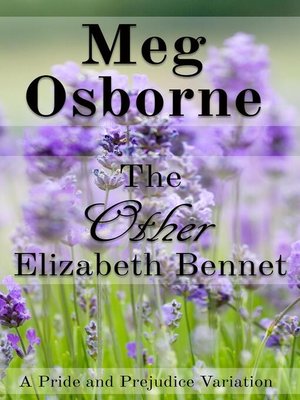 Fitzwilliam Darcy generally pays little attention to London gossip, but when he hears his friend Charles Bingley is poised to make a match with the sister of the Elizabeth Bennet he has heard several troubling rumours about, he is determined to intervene. He does not anticipate meeting Elizabeth herself, or losing his own heart, in the process.

Elizabeth Bennet cannot believe Mr Darcy is poised to dislike even from their very first meeting, and is mystified by his reference to her "adventures in London" – a place she has not visited in over a year. Given the opportunity to return to the capital herself, she is determined to discover the truth, for, despite her claims to the contrary, she finds herself caring very much what the "dreadful" Mr Darcy thinks of her...

Can our dear couple put misunderstandings, malice and mischief behind them long enough to acknowledge their true affection for one another?

This is a regency Pride and Prejudice variation novella of approximately 33,000 words.