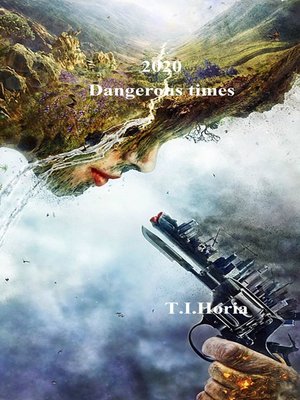 This story refers to the present day of our country as well as of the world. It is based on certain real facts such as deforestation, pollution of the oceans, as well as air, the covid-19 pandemic, the case of Caracal where the girls are found.
But also a little invented action. These are two groups or organized, one being knights who came from the pure race of the Dacians, our ancestors, and the Enlightenment.
The Illuminati control high-ranking people, such as governments, the police, anything that could have given them a free hand in making the people of the planet at their feet, but knights are trying to oppose them. Two boys are invited to join the knights to help them find the two girls (Dinca's case). Throughout the story, one of the boys betrays knights and joins the enlightened group because they do not act quickly. But the factions of Adrian, the betraying boy, lead to great conflicts and the possibility of starting a war.
David is trying to bring Adrian back, but he doesn't want to because, as it happens today, those in power are making fun of both our country by clearing our forests and the rest of the world.
In a way, Adrian is trying to save the world by getting rid of rich people, or at least making them understand that what they are doing is wrong, through much more serious methods, such as the threat of a nuclear war, bombs have been planted. around the world that can cause great disasters.
Most of the action takes place in Romania.