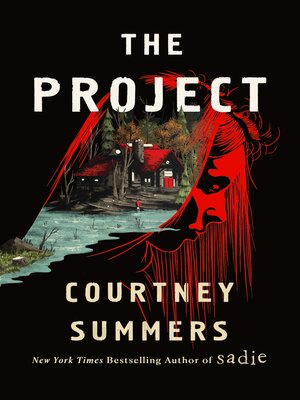 Available now: I'M THE GIRL, the new "brutally captivating" (Publishers Weekly, starred review) queer thriller from Courtney Summers, based loosely on The Epstein case and "not for the faint of heart" (The New York Times)
The #1 Indie Next Pick and winner of the International Thriller Writers Award now in paperback with an exclusive bonus chapter.
BELIEVE HIM, BETRAY HER
1998: Six-year-old Bea doesn't want a sister but everything changes when Lo is born early. Small and frail, Lo needs someone to look out for her. Having a sister is a promise, Mom says—one Bea's determined not to break.
2011: A car wreck, their parents dead. Lo would've died too if not for Lev Warren, the charismatic leader of The Unity Project. He's going to change the world and after he saves Lo's life, Bea wants to commit to his extraordinary calling. Lev promises a place for the girls in the project, where no harm will ever come to them again . . . if Bea proves herself to him first.
2017: Lo doesn't know why Bea abandoned her for The Unity Project after the accident, but she never forgot what Bea said the last time they spoke: We'll see each other again. Six years later, Lo is invited to witness the group's workings, meet with Lev, and—she hopes—finally reconnect with her sister. But Bea is long gone, and the only one who seems to understand the depths of this betrayal is Lev. If it's family Lo wants, he can make her a new promise . . . if she proves herself to him first.
Powerful, suspenseful and heartbreaking, The Project follows two sisters who fall prey to the same cult leader—and their desperate fight back to one another.