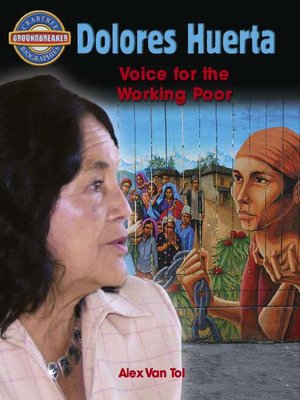 Born in 1930 in a small mining town in New Mexico and raised in the farming region of California's San Joaquin Valley, Dolores Huerta (born Dolores Fernández) grew up in a climate charged by political activism. Fueled by her own contact with migrant farm workers—most of them Mexican immigrants—Dolores became an outspoken activist and organizer. At the time, these workers had virtually no access to the system of labor laws and conditions under which they lived and worked. When she founded the United Farm Workers in 1962 with legendary Mexican American labor leader César Chávez, it became a seminal moment in U.S. labor history. This brave and resourceful leader in the struggle for human rights also worked toward improving the lives of workers, voters, immigrants, and women.