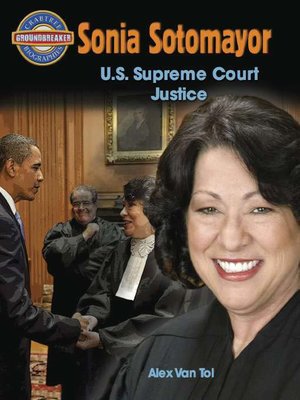 Sonia Sotomayor, born of Puerto Rican parents in the Bronx, New York, became a household name when President Barack Obama nominated her to the United States Supreme Court in 2009. Her confirmation made her the country's first Hispanic Associate Justice of the Supreme Court. But even before that, Sonia was an inspiration to others for her hard work and her accomplishments as a student, an attorney, and a judge. Raised by her widowed mother in the housing projects of New York, Sonia Sotomayor has built a life as a jurist, activist, and mother, committed to the rights and advancement of people of all backgrounds and ethnicities.