On the War In Africa 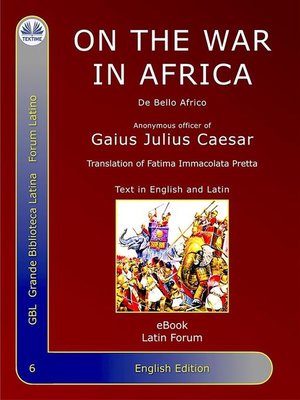 View more libraries...
The book recounts the war fought by Caesar in Tunisia to defeat the remains of the Pompeian army.

It is in the third chapter of the civil war fought by Caesar. One of his officers, perhaps Gaius Opium, tells us about the difficult military campaign that will lead to the famous battle of Tapso, the last episode of that difficult war which, however, will see an internal prologue in the following chapter with the De Bello Hispanico of 45 BC.

Foreign Language Study History Nonfiction
On the War In Africa