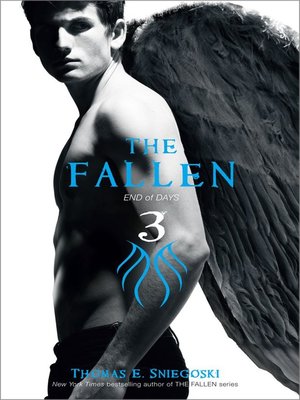 View more libraries...
Victory is fleeting, but defeat is eternal.
The war between Heaven and Hell rages on. Aaron, half-angel and half-human, commands the Fallen in their quest to protect humanity. But evil forces gain strength at every turn. And lurking somewhere in the shadows is Archangel Gabriel's instrument with the power to call down the End of Days.
Aaron draws confidence from the girl he loves as he struggles to make peace with his legacy as Lucifer's son. These are desperate times, and Aaron knows the Fallen will need to forge new, unlikely alliances to survive.
With the fate of the world hanging in the balance, Aaron will stop at nothing to defend civilization—and the girl who holds his heart. Even if it means facing Hell's darkest demons.