The Doom That Came to Sarnath 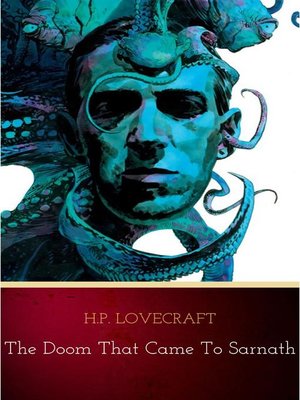 View more libraries...
"The Doom that Came to Sarnath" (1920) is a fantasy short story by American writer H. P. Lovecraft. It is written in a mythic/fantasy style and is associated with his Dream Cycle. It was first published in The Scot, a Scottish amateur fiction magazine, in June 1920.
According to the tale, more than 10,000 years ago, a race of shepherd people colonized the banks of the river Ai, in a land called Mnar, forming the cities of Thraa, Ilarnek, and Kadatheron (not to be confused with Kadath), which rose to great intellectual and mercantile prowess. Craving more land, a group of these hardy people migrated to the shores of a lonely and vast lake at the heart of Mnar, founding the city of Sarnath.

Fiction Horror
The Doom That Came to Sarnath