By Arthur B. Reeve 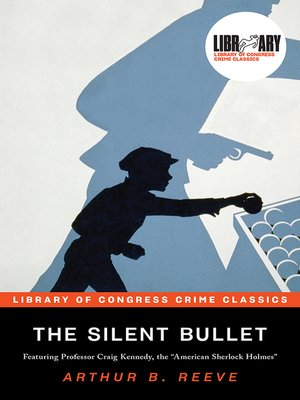 "A collection that might have been called CSI: 1912."—Kirkus Reviews

Craig Kennedy, a university professor who uses science to help catch criminals, investigates crimes in and around NYC boroughs featuring deaths by apparent-but-inexplicable means. These highly imaginative crimes include spontaneous combustion and vengeful spirits, along with less fatal crimes involving kidnapping, safe-cracking, and a missing fortune in diamonds. With his impressive knowledge, friend Walter Jameson (his own Watson!), and use of cutting-edge technology of the day, Kennedy cracks each case using unorthodox yet entertaining means.

Arthur B. Reeve's Craig Kennedy stories were so popular in his time that he went on to publish twenty-six books featuring the professor, who also appeared in comic strips and a number of films. Readers of classic crime fiction will delight in this collection of twelve short stories. Fans of Sherlock Holmes will especially appreciate Kennedy's insistence on logic and science over brawn.