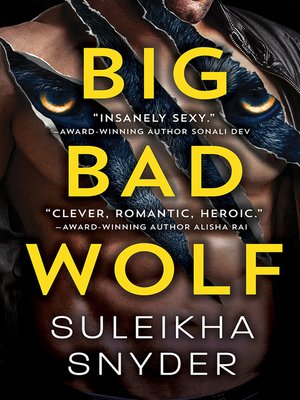 They call him a monster. More wolf than man—more dangerous than any predator.
They have no idea.

Joe Peluso has blood on his hands. He took out the mobsters responsible for killing his foster brother, and that one act of vigilante justice has earned him countless enemies in New York's supernatural-controlled underworld. He knows that shifters like him deserve the worst. Darkness. Pain. Solitude. But meeting Neha makes him feel human for the first time in forever.

Lawyer and psychologist Neha Ahluwalia knows Joe is guilty, but she's determined to help him craft a solid defense...even if she can't defend her own obsession. Just one look from the wolf shifter makes her skin burn hot and her pulse race. When a payback hit goes wrong, Neha's forced to make a choice: help Joe escape or leave him to his fate. Before long they're on the run—from the monsters who want him dead, from their own traitorous hearts, and from an attraction that threatens to destroy them.