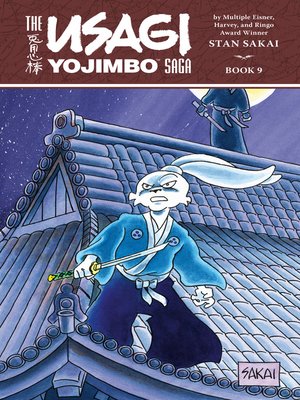 View more libraries...
The rabbit ronin saga continues with more action and thrills, including the iconic crossover with the Teenage Mutant Ninja Turtles!
In this ninth volume, Usagi and Inspector Ishida team up once again to solve a series of murders and mysteries. Between deadly puffer fish assassinations, a run-in with a familiar pair of thieves, a large-scale corruption scheme, and a mission to uncover the meaning behind a foreign book, Usagi and Ishida have their work cut out for them! Then, join forces with the Teenage Mutant Ninja Turtles in the ongoing battle of good versus evil from Edo-era Japan to New York City!
Collects Usagi Yojimbo Volume 32: Mysteries, Usagi Yojimbo Volume 33: The Hidden, and every existing Usagi Yojimbo/Teenage Mutant Ninja Turtles crossover comic in existence!