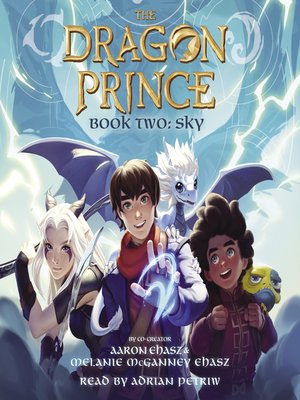 This second canon novel expands on the events of Season 2 of the epic Netflix fantasy TV show, The Dragon Prince.

Rayla, Callum, and Ezran have their work cut out for them now that they have to take care of Zym, the newly hatched DragonPrince. Things get even more complicated when Claudia and Soren finally track down the wayward princes, forcing Callum to picka side — should he trust Rayla or his old friends? All the while the High Mage Lord Viren plots and schemes, gaining shadowy newallies.The trio races toward Xadia with the threat of a war between the humans and the dragons looming large. But as fiery battles eruptand hidden truths come to light, friendships are tested, plans are set into motion, and tough choices must be made.Written by Aaron Ehasz (co-creator of The Dragon Prince and head writerof Avatar: The Last Airbender) and Melanie McGanney Ehasz, this second canonnovel based on the Netflix original series finally gives fans the full story.