ebook ∣ A Spirit Guide, A Ghost Tiger, And One Scary Mother! 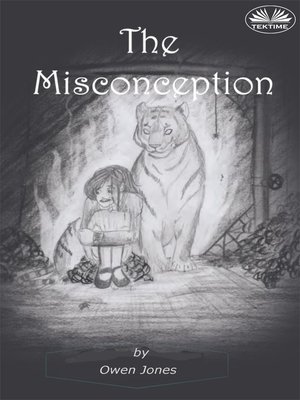 Megan is a psychic teen, who cannot find anyone to help her understand her powers... no-one living that is.
'The Misconception' is a short story about a young girl's growing realisation that she is able to do things that none of her family can, although some of her school friends say they have similar unusual psychic abilities.
The girl's name is Megan and she is twelve years old in this, the first book.
Megan has two seemingly insurmountable problems. The first is that her mother is frightened of her daughter's latent abilities and not only will not help her but actively discourages her and the second is that she cannot find a teacher to help her develop her supernatural, psychic powers.
She tries to discuss them with her mother, but gets very short shrift and she does not even bother telling her father, because she knows that her mother would not approve and ultimately, Megan wants to stay on the right side of her mother.
Megan feels that there is an unspoken bond between them both. Perhaps it is the bond that exists between all mothers and their daughters, but maybe it goes much deeper too.
Who can tell, since Megan doesn't even know herself? All she knows is that her mother does not seem to be playing the part expected of her as the loving mother of a soon-to-be teenage daughter, who has anxieties that she wants, no, needs to discuss with someone she trusts.
Megan is willing to give her mother time to get over her fear of the paranormal. She can wait and she can even put up with the horrible abuse that is metered out to her secretly without her father's knowledge.
At least, she can for now.
'The Misconception' is the first of, so far, twenty-three short stories in this series about the continual enlightenment of Megan as she finds people to help her understand how best to proceed with her supernatural, spiritual and psychic development.
For she has to be taught not only what it is possible to do and how to do it, but to what end she should put her special abilities. Megan is a good girl, so it would seem obvious that she would tend towards using her powers for good, but it is not always easy to do the right thing even if you know what that is.
These stories about Megan will appeal to anyone who has an interest in psychic powers, the supernatural and the paranormal and is between the ages of ten and a hundred years old.