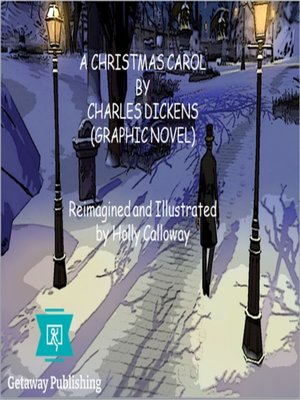 A Christmas Carol is a timeless classic, forever linked to the holidays. However, one of the main reasons it was written was to bring awareness of child poverty to the social conscience. It shed light on the fact that working class people were being perceived and treated more like tools than human. The similarities between 19th and 21st century ills are unnerving. For the social conscience to intervene, it must stay aware of the negative affects economic progress is having on the actual people who are the engine of that progression. Dickens initial plan was to only write a pamphlet to raise awareness of the social problems. However, he infused the ideas of forgiveness and redemption when he decided to use short story form to make his point.

Reading the original Dickens masterpiece can be daunting due to the unfamiliarity of old English metaphors. This graphic novel by Holly Calloway conveys the same lessons that should have been learned from the original book, except in easy to read and beautiful pictographic form.