Day of the Wolf

ebook ∣ Heart of the Wolf 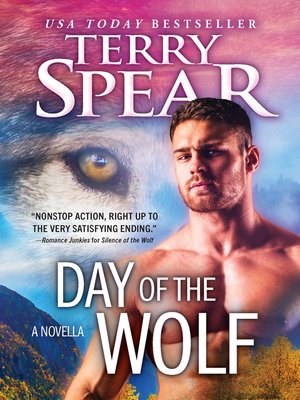 Looking for an action-packed quickie?

Red wolf Carmela Wildhaven retired from the army, but not until after she helped vote out three sergeants who'd been using illegal drugs. Now that she's out of the military, those former sergeants are out for her blood. She just has to reach the Silver wolves' pack territory in Silver Town and these men can't hassle her. But when they run her off the road before she can reach safety, she knows she's on her own.

Retired army Special Forces officer and gray wolf Michael Hoffman had plans to check out the Greystoke pack in Silver Town when he smelled three unfamiliar gray wolves. When he realizes they're making plans to take down a red she-wolf, he determines to protect her at all costs. Now Carmela and Michael are alone, injured, and have only each other to rely on, but nothing will stop these fated mates from making it out of this alive...and together...

Everyone loves Terry Spear's wolf shifter romances!
"Riveting and entertaining...makes one want to devour all of the rest of Terry Spear's books."—Fresh Fiction for Wolf Fever
"Wolfishly delicious...an exciting, action-packed paranormal romance that kept me enthralled."—Romance Junkies for A Howl for a Highlander
"Terry Spear weaves paranormal, suspense, and romance together in one nonstop rollercoaster of passion and adventure."—Love Romance Passion for Destiny of the Wolf