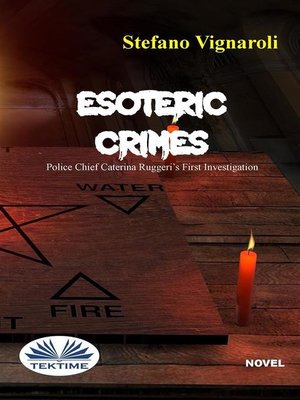 View more libraries...
Sudden disappearances worry inhabitants of Trioria, a little town in the Ligurian inland. Caterina Ruggeri, police chief, will have to shed light on the mysterious crimes by going back up to four centuries before: the murder of a witch seems to be hiding the causes of an esoteric vendetta.
After being for several years responsible for the Dogs' Unit of the State Police, Caterina Ruggeri, Law graduate, is appointed Police Chief and assigned to the Police District in Imperia. The newly appointed Police Chief, having just arrived at her new working place, will find herself involved in a thorny investigation, during which she'll have to face people linked to an esoteric sect, in a town, that is witches' place par excellence: Triora. Starting from the finding of a burnt woman's body, at the end of the operations of extinguishing a wood fire, Doctor Ruggeri, helped by her vice, Inspector Giampieri, an ex soldier expert in informations technology and sport cars' driver, will have to extend her investigation to occurrences that had happened in those places in far away times. Important protagonist of the adventure is Doctor Ruggeri's dog, Furia, her loyal Springer Spaniel, matchless trail searcher, that in more than in one occasion will be of precious help.
PUBLISHER: TEKTIME