A Night In Annwn 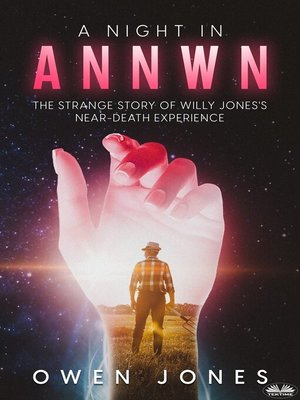 William Jones, a sheep farmer from the Brecon Beacons, had led a happy life, until his wife, Sarah, died young. It left him devastated and seemingly bent on self-destruction. His daughter, Becky tried to help, but even she was losing patience with her father.
One evening, he is certain that he has died and been put out of his misery, but it was not to be. He recovered. However his life was never to be the same again.
He had discovered Annwn where his wife lived, and his newly found vitality changed his life and that of all those with whom he came into contact.
A Night in Annwn is a love story that spans the greatest divide - that between life and death; a look at a near-death experience and a new take on the mythological Welsh Heaven, which is Annwn.
Be prepared to see another side of Welsh Celtic mythology, but you will never think of death in the same way again.
That is guaranteed!