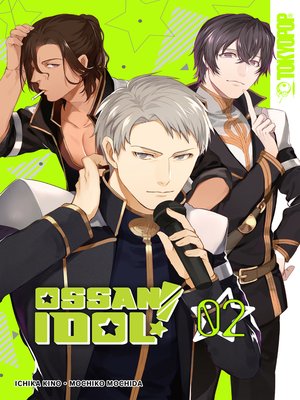 View more libraries...
With the help of producer extraordinaire Kamo Lavender, three (almost) middle-aged men are about to take Japan by storm as a group of Ossan Idols!
When Miroku (age 36) accidentally uploaded a video of himself singing and dancing, it quickly went viral. Inspired by his talent and immediate popularity, his friends Yoichi (age 40) and Shiju (age 40) teamed up with him to perform in a competition, where they were discovered by the famous producer himself. Now, the three suddenly have their own radio show, song lyrics, devoted fans, and a debut live performance in a prominent shopping district. Things are really starting to heat up for the unlikely idol group!