ebook ∣ The Journey Of A Tortured Soul 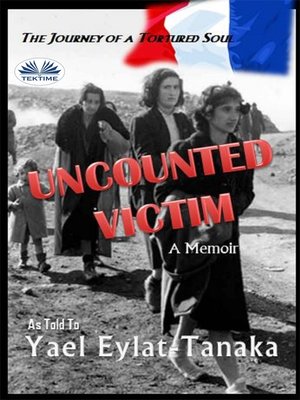 This is the story of the other victims of German occupation in France, the story of my mother who was separated from her family and fled, and the torture that remained with her forever.
These are the memoirs as told to me by my mother. I have attempted to tell her story as accurately as she presented them to me, piecing together her own written journals, along with various anecdotes that supplemented and peppered stories over my lifetime, without embellishing by interposing my own interpretations of events. This is not a suspense novel, although certainly the events recounted herein were suspenseful to those who experienced them. They certainly sounded suspenseful to me as I heard and read them. So as to avert embarrassment to anyone reading these words, I have on occasion chosen to use pseudonyms, while trying to keep the gist of the story true to form.
My mother was French, and occasionally some French words and phrases appear throughout the text. I have included translations wherever appropriate. She also lived and studied in Italy before moving to Israel, and eventually to the United States. Again, where words and phrases are included in those languages, and I have included translations to the best of my ability.