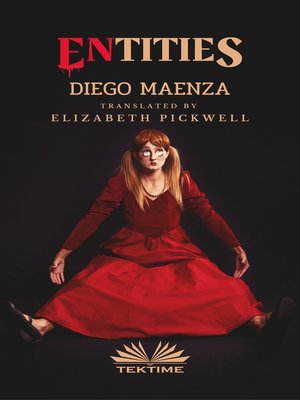 ENtities is a selection of the five best short stories from BegottEN and the five best stories from IdenTITIES. It includes the following: Family History, The Toad Who Was a Poet, The Cave, The Man in the Mirror, Dawn, The Dream, Inner Monsters (or Fable in One Act), The Night Walk, The Avaricious Man, Ants.
"Diego Maenza writes with certainty. Beings and situations that refer us to monsters located in those twisted paths of imagination and reality. These stories are tremendously deep because of the philosophical touches, surprising because of the subject matter and unexpected because of the endings". (Carlos Ramos, Mexican writer)
"His stories convey metaphysical ideas, they play with time and space; they try to make the minimum transcendent, the same nothing. They relocate us, they put us in different territories, they offer us the glances of lonely beings or human beings who must face destinies, even if their missions are not heroic, but only brush against a darkness that can break any spirit ". (Iván Rodrigo Mendizábal, Ecuadorian writer and critic)