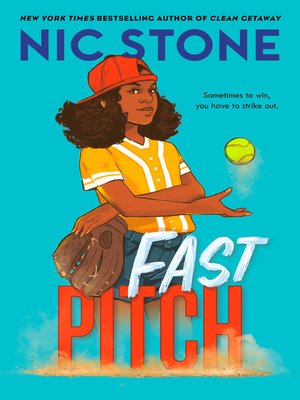 View more libraries...
From #1 New York Times bestselling author Nic Stone comes a challenging and heartwarming coming-of-age story about a softball player looking to prove herself on and off the field.
Shenice Lockwood, captain of the Fulton Firebirds, is hyper-focused when she steps up to the plate. Nothing can stop her from leading her team to the U12 fast-pitch softball regional championship. But life has thrown some curveballs her way.

Strike one: As the sole team of all-brown faces, Shenice and the Firebirds have to work twice as hard to prove that Black girls belong at bat.

Strike two: Shenice’s focus gets shaken when her great-uncle Jack reveals that a career-ending—and family-name-ruining—crime may have been a setup.

Strike three: Broken focus means mistakes on the field. And Shenice’s teammates are beginning to wonder if she’s captain-qualified.

It's up to Shenice to discover the truth about her family’s past—and fast—before secrets take the Firebirds out of the game forever.

"A grand slam of an adventure.” –Kirkus Reviews, Starred Review