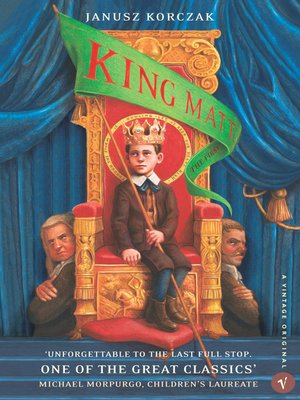 This moving fable follows the adventures of Matt who becomes king when just a child and decides to reform his country according to his own priorities. Ignoring his grown-up ministers, he builds the best zoo in the world and decrees that children should be given chocolate every day. He fights in battles, braves the jungle, and crosses the desert, but perhaps the most life-altering thing of all is that the lonely boy king finds true friends. This timeless book shows us not only what children's literature can be, but what children can be.

King Matt the First was written by Janusz Korczak, a Polish orphanage director who died in Treblinka after refusing to abandon the children he cared for.