Room 13 and Inside the Worm 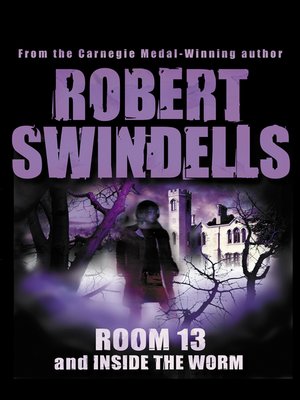 Somebody was in there. Somebody - or some thing.

There is no room thirteen in the creepy Crow's Nest Hotel, where Fliss and her friends are staying on a school trip. Or is there? For at the stroke of midnight, something peculiar happens to the door of the linen cupboard next to room twelve. And something is happening to Ellie-May Sunderland, too - something very sinister.

The worm was close now. So close Fliss could smell the putrid stench of its breath. Its slavering jaws gaped to engulf her.

Everyone in Elsworth knows the local legend about the monstrous worm - or dragon - that once terrorised the village. But it never really happened. Or did it? For when Fliss and her friends are chosen to re-enact the legend for the village Festival, the four who are to play the part of the worm dance as one across the ground. They are the worm. And Fliss begins to feel real fear. Somehow the worm itself is returning - with a thousand-year hunger in its belly, and a burning desire for vengeance.