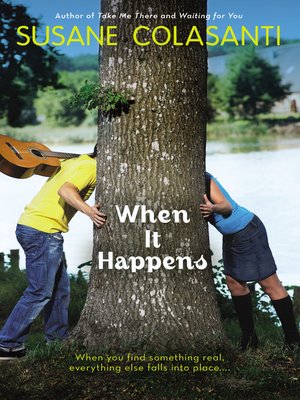 View more libraries...
At the start of her senior year in high school, Sara wants two things: to get into a top college and to find true love.Tobey also wants two things for his senior year: to win Battle of the Bands and to make Sara fall in love with him. However, a popular jock named Dave moves in on Sara first. But Tobey's quirky wit and big blue eyes are hard for Sara to ignore. Plus, he gets the little things that matter to her. Can a slacker rock-star wannabe win the heart of a pretty class brain like Sara?

Hilariously and movingly told through Tobey and Sara's authentic voices, Susane Colasanti's debut novel sizzles in its portrayal of two young people searching for The One.