Secrets of the Rubicon 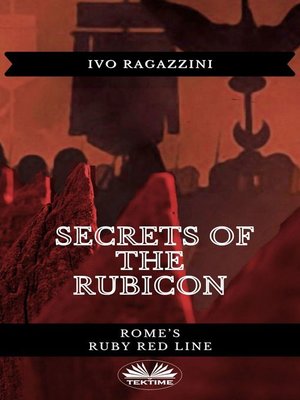 Once there was a time when Romagna was named Flaminia and the Rubicon was not only a river. When in 49 BCE Julius Caesar arrived he found waiting for him a wooden palisade coloured ruby red where he deployed his legions for several months on that border defended by the legionaries of Pompeo.
But who and for what reason was it built, even before Caesar was born, a red line of defence built even to the sea and what would Caesar and his legions do to breach it?
Born out of the historical events that have never before been seen, this book will lead you to discover for the first time what the Rubicon really was, what did the legionaries of Caesar do when they decided to attack Rom and many other unpublished news that you never even suspected and will lead, step by step, to discover for the first time: