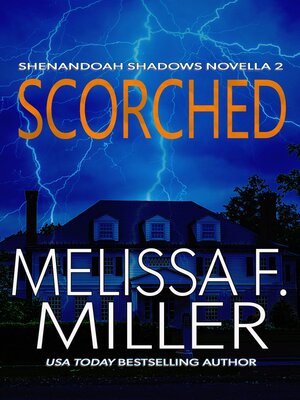 Trent Mann stuck his hand into the flame once before. Now he's determined to protect himself ... and his heart.

Trent should have known better. He does know better. But, somehow, still mourning the death of his partner and lover, the former Navy SEAL fell, and fell hard, for a married woman. He and Olivia Santos walked through fire together. But when they came out the other side, he froze. He hasn't laid eyes on the CIA operative in months, not since they worked together to reveal an explosive political scandal. The heat between them was unmistakable. But the minute the dust settled, he fled like he was being chased by a ghost. Because he was.

Olivia has problems of her own. A vengeful ex-husband, livid political enemies, and a meddlesome mother, to name just a few. But she can't stop thinking about Trent—and the haunted look in his eyes. He blames himself for the jihadist ambush and execution of Carla Ricci. But Olivia has an inkling that there's more to the story than Trent realizes. And she's never been one to ignore her hunches.

When Trent learns she's playing with fire, he races to her side. But will he be too late to save her from the forces she's unleashed?