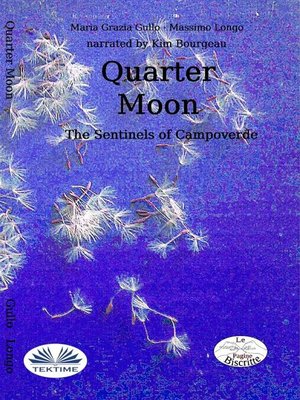 View more libraries...
Quarter Moon: The world into which Elio escapes might not be entirely figment of his imagination, but rather a web that was weaved around him. During a holiday in the countryside, he will have the chance to meet a Sentinel that will reveal the truth to him. Alongside a funny group of friends, both real and imaginary, he will fight in order to gain back his freedom. The adventures of this kid will make you become acquainted with Demons, Sentinels, Shadows, Bosowes, magic lullabies, and you will travel around the world using traffic lights, walking around baobab trees or flying inside an ice ball.
PUBLISHER: TEKTIME