A Straight Line to My Heart 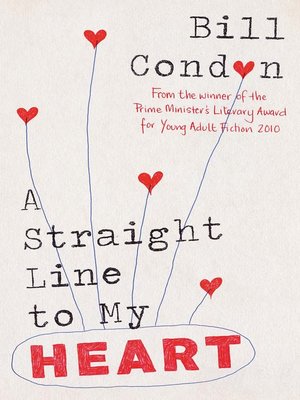 A funny, poignant, heartwarming story of first love, first job, friends, family and the inevitability of change in the first summer out of school.

School is over, not just for the year, but forever. Tiff and Kayla are free, which is what they've always wanted, but now summer is nearly at and end and that means life decisions. Tiff is hoping her job at the local paper will lead to something more... But 'The Shark' soon puts her straight on what it takes to become a hard-nosed reporter like him. At home, Reggie - the only grandad Tiff's ever known - has quit the smokes and diagnosed himself as cactus. Then Kayla hits her with some big news. And into all this stumbles Davey, the first boy who has ever really wanted to know her.

Tiff is smart with words and rarely does tears, but in one short week she discovers that words don't always get you there; they don't let you say all the stuff from deep in your heart.

Praise for Bill Condon: 'Condon presents readers with confronting and emotive issues ... Yet he still manages to weave humour, tenderness, love and mateship into the framework of the novel.' - Sun Herald