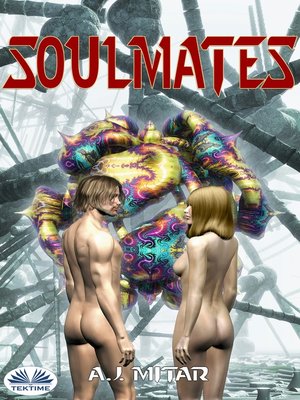 View more libraries...
It is 2023 a.D. and we're in one of the tranquil municipalities of the Po Valley. Two families make dinner plans, as they have done so many times before. However, a twist of fate will provide two long-time friends, Alex Brugellis and Angelica Benassi, with a close encounter of the first kind with a UFO. They'll be taken away from their respective families and transported to a surreal place, catapulted into an adventure that goes beyond their wildest imagination.


They find themselves in an artificial habitat that was tailored to human beings. In this mysterious habitat, they will be forced to lived together, subject to the disturbing manipulations of an equally-mysterious device.


However, the event was a blessing in disguise: they grow to love each another and give in to the red-hot passion that ignites them. Alex and Angelica understand that they were meant for each other. Amid a conspiracy of interstellar proportions and complex plot twists, they'll spend the rest of their lives trying to be happy. And they are not alone, because thousands of other alien species have had the same fate and now live in hexagonal biospheres inside a structure similar to a beehive. This ebullient community made up by different species will join these two humans and try to address several unanswered questions and concerns.


In their relentless quest for the truth, amid thousands of questions and conjectures, they find out that reality is much harder to understand: Those responsible for their abduction—which they refer to as "Casch-Mesis"—are unbelievable multidimensional aliens.


Alex and Angelica will learn that they're part of an elite of individuals who have affinity and were transported to a place far away from their respective worlds, to a planet they call "Reservythia" because of its peculiar characteristics. After spending years in Reservythia, life will take its course and their human family will grow exponentially, thanks to the never-ending genetic changes made by the "Casch-Mesis." However, when they seemed to have grown used to their routine, other changes will come