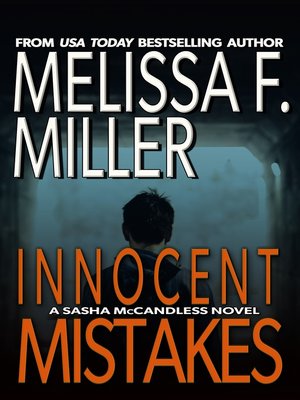 Attorney Sasha McCandless-Connelly has her hands full with her six-year-old twins, but she adores her pack of nieces and nephews. So when sixteen-year-old Colin calls and tearfully announces he's been arrested, she flies into action to protect him.

Colin's accused of using the Internet to make threatening statements, a federal felony. Social media posts by Colin threaten his ex-girlfriend's new boyfriend with violence—and worse. Colin swears he didn't make the posts, and Sasha believes him. Then the private messages turn up.

As she shines a light on the high school's dark underbelly, the teenagers close rank, and the whispered secrets multiply. But she's confident she can clear Colin's name. Then someone actually tries to make good on the threat to kill the other boy. Colin's taken into custody on an attempted murder charge, and the prosecutor vows to try him as an adult.

Someone's trying to frame him. But who? And why? Sasha navigates a web of lies and ever-shifting alliances as she scrambles to save a kid whose diapers she once changed ... even as she realizes she doesn't know him nearly as well as she thought she did.