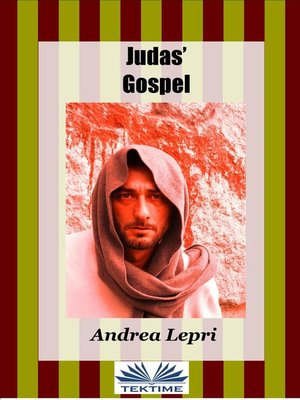 Year 2178, the Sky Project is about to begin. Sir Jonathan will use the Time-Space Translator to go and take Jesus in the year 30 and bring him to his time, he wants to give him the perfect world that he was unable to create two thousand years earlier.
Sir Jonathan has chosen Nicole as Jesus' companion,
Jesus, the ferocious tyrant of a distant alien civilization, was exiled and fell with his spaceship on planet Earth. All he would like is to return to his planet to take revenge on the revolutionaries who exterminated his family, but after meeting John the Baptist, the difficult path of redemption will begin that will lead him to climb the cross in the name of Love.
All this while Judas 1091 struggles to defend himself from the intrigues of power that upset his life and The Sect plots to bring down the civilization of the Year 2178.
Jude 1091 is an ordinary citizen of the year 2178. He has a small daughter, Jodie, and his wife Nicole is expecting their second child. Planet Earth has been cured of almost all its ills, Judas lives in an age where there are no delinquencies or diseases and everyone has a home and a job. The Power is managed by a caste of lay priests, who administer it according to simple rules dictated by the Bible and pass on the title by descent.
It would all seem simple and beautiful, but under that crust of perfection and false well-being there is a thread of intrigue, mystery, and falsehood. The most powerful of the priests, Sir Jonathan, carries on the Sky Project in great secrecy: one of his scientists has almost completed the construction of the time machine, he dreams of using it to go and take Jesus in the year 30 and take him with him, to give him the world that he was unable to create two thousand years earlier. In that way, Sir Jonathan will be eternally glorified because he will be able to break down the antennas that keep citizens under a continuous state of hypnosis, giving them the freedom to put them in front of God himself.
Jesus was the ferocious tyrant of an extraterrestrial civilization, he was exiled and his spaceship fell to Earth. Through the cloning of his own memory on a spermatozoon he was able to be reborn in human form, after having abandoned his original body upon death. He would like to see the time necessary to recharge the spaceship's solar batteries pass quickly, to be able to return to his planet and take revenge on those who exterminated his family. But thanks to the meeting with John the Baptist, who will lead him to conversion, he will atone for the sins committed in the other life and will try with a thousand doubts to teach love to men. He will fight ardently and will climb the cross.
Fred is the best friend of Judas, unbeknownst to him he is the head of the Sect, a revolutionary group.
He is the only one who, thanks to his grandfather, knows of the existence of antennas. He wants to destroy them to make men free, to do so he is preparing a group of citizens to lead to the revolt.
Sir Jonathan has identified in Nicole, wife of Judas, the perfect woman who must be the companion of Jesus. By joining in marriage they will give rise to a divine lineage, destined to rule the world over the centuries.
Nicole, by means of a staging conceived by Sir Jonathan and his collaborators, pretends to be dead. In doing so he saves Judas and Jodie from the lethal blackmail of which they are unwittingly the object. After having also taken his daughter from him, however, Sir Jonathan decides to hibernate Judas because he fears that he may discover the deception. Freddy, who is also a member of the Hibernation Unit, warns him. He kidnaps the girl and escapes aboard one of the time...