I Have You Now 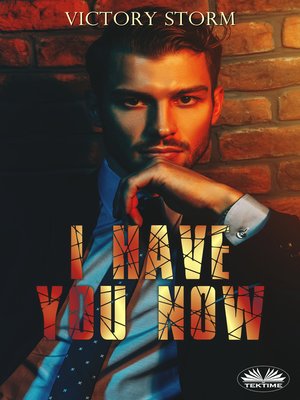 When Kendra decided to deceive Alexei, she knew she was taking a big risk because the man was too ruthless to forgive and too powerful not to make him pay dearly for the first mistake. One misstep would be enough and she would lose any chance of getting what she wanted. Months have passed since that meeting and suddenly everything collapses due to a betrayal that endangers Kendra's life and brings out all her lies and falsehoods. The showdown has come and Alexei is ready to destroy it. But just when he gets it back into her hands, he will discover that the woman no longer remembers her from her past. A past that hides secrets that he needs to know. He will thus find himself having to choose whether to take revenge or keep that dangerous woman at her side, tightened in her coils, until he regains her memory.

Fiction Romance Suspense Thriller
I Have You Now