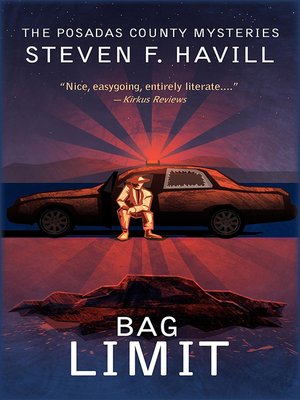 Parked high on a side road on the flank of the second highest peak in the San Cristobal mountains, peacefully surveying what soon would no longer be his responsibility as a sheriff, almost-seventy Bill Gastner could think that the night would be without incident. He'd be wrong. He doesn't foresee that a car full of alcohol-inspired adolescents would run into his automobile. Nor that the driver would take off and disappear in the nearby woods. Far from uneventful, this night turns out to be one of the toughest in Bill Gastner's many years as undersheriff and then sheriff in this sparsely populated border area of New Mexico. Gastner knows the young driver and his family - including the soon-to-be-sheriff, Bobby Torrez. Taken into custody from his home, the prisoner seems far too upset about being arrested. During the trip to the jail he makes a desperate attempt to flee again, an attempt that ends in his being hit and killed by an oncoming truck. Gastner has to dig deep to learn what is behind this tragic overreaction to a serious but unfortunately common DWI arrest. With the imminent election, the visit of Gastner's former deputy with her surgeon husband and their two very active young ones and the near riot the dead youth's neighbors stage when his father dies suddenly, the sheriff's last few days in office are not as uneventful as he had hoped. But Gastner stoically retrieves the law-enforcement tools he has packed away, including his talent for detection, his diplomacy, and his just plain common sense. He has used them all successfully for many years, and it's a joy to watch him use them one more time.