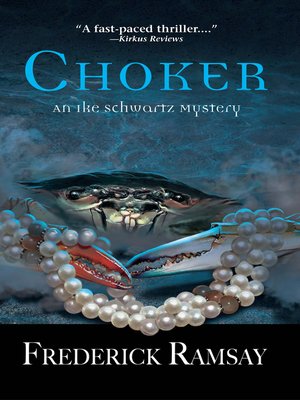 "The author combines a Tom Clancy-like knowledge of ground-to-air missiles with a Robert Ludlum-like spy adventure to leave the reader awaiting the next Ike Schwartz." —Library Journal STARRED review

Nick Reynolds, his pilot's rating barely a month old, drops off the radar one night over the Chesapeake Bay. Investigating agencies call it another tragic pilot-error accident. No trace of the plane is found. But Charlie Garland, Sheriff Ike Schwartz' old friend from their CIA days, isn't so sure.

The missing pilot was engaged to Charlie's niece, and the family is not dealing well with the lack of closure. More important, just before his disappearance, Nick had placed a puzzling call to Charlie. So Charlie calls in his old friend, Ike, who's vacationing nearby.

Ike's wide-eyed entry into a simple missing persons case soon catapults him into an international investigation with intimations of terrorism that could threaten the nation and its leaders.