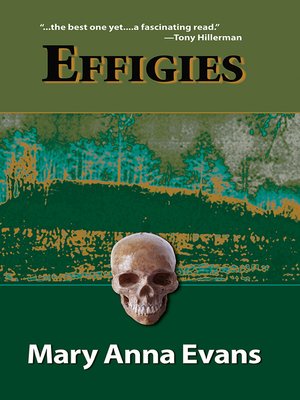 "As an archeological tour alone the book would be worth reading, but it's the fascinating and complex characters that give the story life and vibrancy." —Rhys Bowen, New York Times bestselling author

Faye Longchamp and Joe Wolf Mantooth have traveled to Neshoba County, Mississippi, to help excavate a site near Nanih Waiya, the sacred mound where tradition says the Choctaw nation was born. When farmer Carroll Calhoun refuses the archaeologists' request to investigate an ancient Native American mound, Faye and her colleagues are disappointed. But his next action breaks their hearts: he tries to bulldoze the huge relic to the ground.

Later Calhoun is found dead, his throat sliced with a handmade stone blade. Was he killed by an archaeologist angered by his wanton destruction of history? Did a Choctaw take up arms to defend an embattled heritage? Did someone decide to even the score with an old rival?