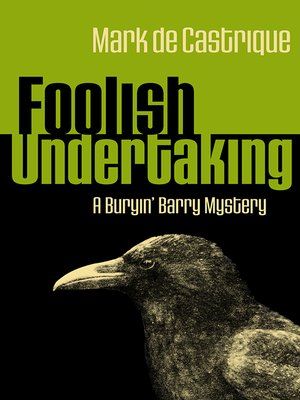 "Another stellar entry in an outstanding series that deserves wider recognition: the family focus and rural North Carolina setting make it a natural for Margaret Maron fans." —Booklist STARRED review

The night before a funeral that will thrust the mountain town of Gainesboro, North Carolina, into the national spotlight, the body is stolen from the embalming room and funeral director Barry Clayton is knocked unconscious. Ouch. How will Clayton & Clayton deal with the relatives of Y'Grok Eban, the Montagnard hero who aided US troops during the Vietnam War, or the U.S. Senator, three-star general, and famous Hollywood star en route to Y'Grok's service? Barry's friend, Sheriff Tommy Lee Wadkins has a very personal interest in the missing Y'Grok—the Montagnard had saved his life. So does the Boston detective who also owes his life to Y'Grok and received a death-bed summons from the cancer-stricken old man: "Raven has come home." The three men pledge to crack Y'Grok's code, recover not just the body but a piece of a long-buried past, and deal with new death and betrayal. Is it a heroic or a foolish undertaking?