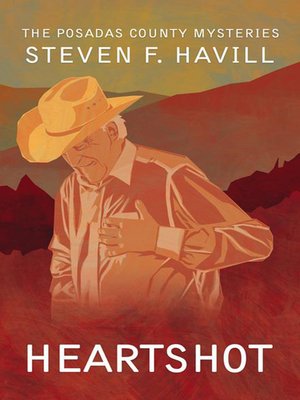 Posadas County, New Mexico, has very few mean streets and no city-slick cop shop. But it has an earnest, elected Sheriff and his aging Undersheriff—William C. Gastner. Pushing sixty, widower Bill has no other life than in law enforcement—and doesn't want one, even if he's being nudged gently toward retirement. Then big time trouble strikes.

A car full of teens, running from a stop by Deputy Torrez, goes air­borne into a rocky outcrop, killing all five kids and revealing a package of cocaine under the seat. Has someone brought big-time crime to the county.

Bill is now dealing with grieving par­ents—one of whom starts packing a gun. Then a second explosion of violence fells an undercover cop.

Under pressure, the sheriff's department pulls together to make a formidable team. Its weak spot may be Bill whose mind is too tough to crumble but whose body, long mistreated, gradually succumbs to stress. Ignoring all advice—and sense—he pilots the case to a final dramatic, midair confrontation where the fate of the killer—and the cop—will be decided...