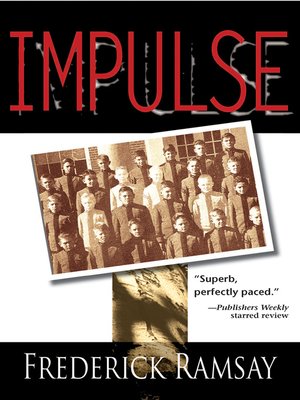 Frank Smith, famed writer of murder mysteries, boards Southwest Airlines heading from Phoenix to Baltimore. His goal is his 50th class reunion at Scott Academy, but behind him he leaves the highly suspicious disappearance of his wife into apparent thin air four years ago and the relentless quest of Officer Ledezma whose impulse is that Smith has killed her and buried the body. But another mystery awaits Frank at Scott—a mystery 25 years old. A group of young boys walked from the campus into the woodsand disappeared. What could have happened to them? Who better than he to probe the mystery? In doing so, he not only relives his own boyhood when his father was the upright head of Scott's English Department, but that of the classmates of the missing boys, some of whom are back at Scott now for their 25th. Warm yet suspenseful, rich with a floodtide of emotions and packed with little nuggets of pure gold characterizations, Ramsay explores the role of impulse on many levels.