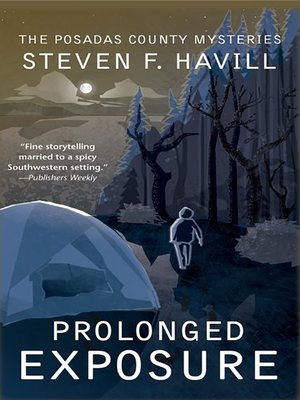 View more libraries...
Savvy storytelling infused with a spicy Southwestern setting.
""Not only does Havill offer a melancholy reinterpretation of that grand western myth of the slow-talking, fast-thinking lawman, he also writes crisp, marvelously detailed police procedurals in which a mix of technical know-how and informed common sense gets things done.""—Booklist
Bill Gastner is going crazy recuperating from heart surgery. Dreaming of green chili, he's rescued by a phone call from back home. The Undersheriff arrives in Posadas County only to learn that his own home has been burgled. Moreover, Gastner finds his cranky ancient neighbor Florencio Apodaca has borrowed a bit of land to bury his equally ancient wife—and the dead woman's stepson questions if she died a natural death. Meanwhile a young boy out camping has vanished from atop Cat Mesa. A stringent search convinces Bill, his treasured deputy Estelle Reyes-Guzman, and Sheriff Martin Holman that the boy has been spirited away.
Poisoned Pen Press has republished the five earlier novels in Steven Havill's carefully, cleverly detailed police procedural series richly redolent of southern New Mexico.
Look to Worldwide/Harlequin for Out of Season (0-373-26382-1) and to St. Martin's for Dead Weight (0-312-25203-X) and in Nov. 2001, Bag Limit (0-312-25183-1).