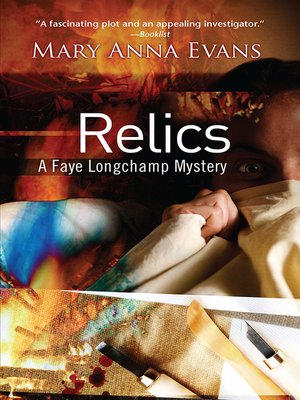 "A fascinating look at contemporary archaeology but also a twisted story of greed and its effects." —Dallas Morning News

Faye Longchamp, back in school to pursue her dream of becoming an archaeologist, has been asked to run a project for which she is barely qualified, under the direction of a man who doesn't seem to like her much. Her assignment: to uncover the origins of a mysterious ethnic group. The Sujosa have lived in Alabama's most remote hills for centuries and have shown impressive immunity to many diseases...including AIDS.

Late one night, Faye awakes to find the house in flames. She saves herself and one of her housemates. But her friend Carmen, the project historian, never had a chance. Within days, an 18-year-old boy jumps from a cell phone tower that, when completed, would connect the outside world to the Sujosa community. Are these events somehow related?