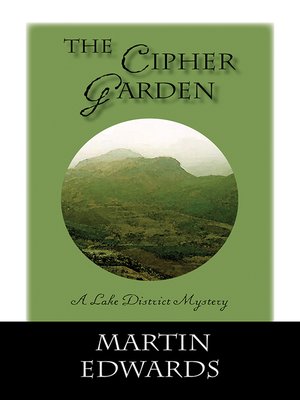 Warren Howe is surprised by a hooded visitor while working in a garden in Old Sawrey, a lovely village in England's Lake District. Soon it is Warren who is dead—murdered with his own scythe. The police identify several suspects but lack the evidence to make an arrest.

Years later, an anonymous tip sparks the interest of DCI Hannah Scarlett, who heads the local Cold Case Review Team. Warren's wife Tina is accused of killing her husband, although she had an alibi. Hannah's sergeant, Nick Lowther, involved in the original investigation, seems disturbed by her determination to look again at the old crime. And Daniel Kind, the historian, wants to uncover the secret of the strange garden at his own cottage. Enlisting the help of Warren's former business partner, garden designer Peter Flint, he is drawn into the mystery of the murder.

Daniel and Hannah find old sins cast long shadows as they search for the truth. Then there is another horrifying death. Now Daniel and Hannah must piece together the clues that lead to a shocking revelation. But by the time the puzzle is solved, Hannah's life has changed forever.