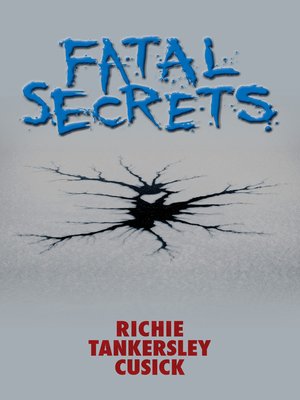 After her sister drowns, Ryan McCauley is haunted by the dead girl's past Two sisters walk through a snowy wood, collecting pinecones for Christmas decorations. Something has frightened Marisa, and she's about to explain it to Ryan, her younger sister, when she steps onto a patch of thin ice. Marisa plummets into the frigid water below, and though Ryan tries to save her, there's nothing she can do. Even though the accident wasn't her fault, Ryan is consumed by guilt. But guilt is not what she should be afraid of.   Three weeks after Marisa's death, Ryan sees her everywhere. At night she feels something following her, but when she turns around there's nothing there. A creepy college friend of Marisa's shows up at Ryan's house, and her mother asks him to stay through Christmas. To free herself of guilt, Ryan must unlock Marisa's terrible secret—before death takes her too.   This ebook features an illustrated biography of Richie Tankersley Cusick including rare photos and never-before-seen documents from the author's personal collection.