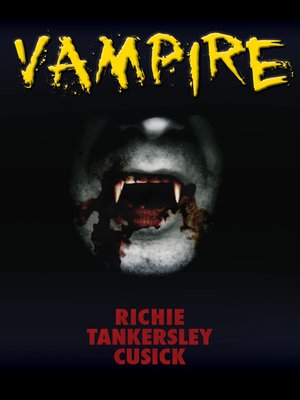 A young girl attracts the attention of a killer who's thirsty for blood Darcy never expected to spend a summer vacation living with her long-lost uncle Jake. Although he's only six years older than her, they have never met. By the end of the summer, she'll know him better than she ever wanted.   Jake and his friends share a dark sense of humor. He lives in the Dungeon, a wax museum filled with gory scenes of famous monsters. His favorite is the statue of Dracula, which stares out with lifelike eyes and crimson lips. His friends seem to be obsessed with vampires, and one of them is even playing Dracula in a play. It's all harmless fun until the bodies of murdered young girls start appearing in the back alleys of their small town—throats cut and necks bitten. One of Jake's friends is playing vampire for real, and he has his eyes on Darcy's neck.   This ebook features an illustrated biography of Richie Tankersley Cusick including rare photos and never-before-seen documents from the author's personal collection.