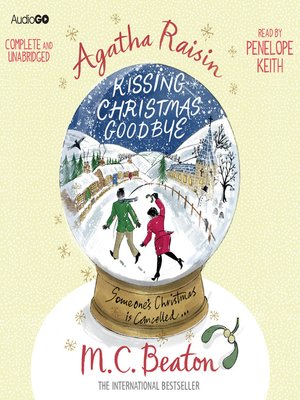 During the grey days of early December, Agatha is obsessed by only two things – Christmas, and her ex, James Lacey. Although she says she feels nothing for James now, she's sure that planning the perfect Dickensian Christmas for all her friends will somehow reanimate her love.

Even the murder of Mrs Tamworthy, poisoned with hemlock at the local manor house, does little to distract Agatha from organizing her perfect yuletide celebrations. Yet poor Mrs Tamworthy had written to Agatha, telling her that someone wanted to see her dead before the year was out.

Slightly guiltily, Agatha sets out to solve the case with the help of a new recruit, young Toni Gilmour. But as the days march closer to the 25th, Agatha knows she must catch the murderer - because nothing will stop her having her perfect day!

Penelope Keith is probably best known for her roles in To the Manor Born and The Good Life. Her theatre performances include Star Quality, Mrs Warren's Profession and Madame Arcati in Blithe Spirit. She has received several BAFTA awards, and has been awarded an OBE.