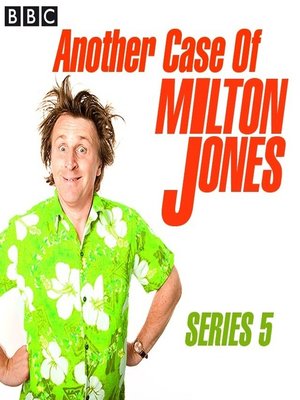 In each episode, Milton is a complete and utter expert at something - Astronomer, Diplomat, Undercover Journalist, Celebrity Gardener (!), Royal Speech Therapist or Lorry Driver - and in each episode, with absolutely no ability or competence, he plunges into a furiously funny and fast-paced adventure with utterly hilarious results.

In this episode Milton Jones is an International Diplomat who is on the run after leaking all the UN's emails - except for the Swiss ones, which were too dull. And he meets a shadowy hacker. And the shadowy hacker's mum. So if you've ever wanted to know what The Bourne Identity meets Wikileaks sounds like then plug in that memory stick and hack into "Another Case Of Milton Jones"